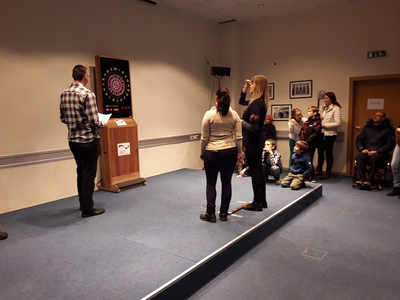 German Embassy in Sarajevo every year organizes Christmas bazar at the beginning of December. The money earned by selling of products made by Embassy's staff are used in humanitarian purpose. Other programs of a different character are also part of the event.

All interested Embassy staff and their children took part on the tournament, as well as visually impaired children and youth. Sighted participants paid fee por participation.

German ambasador in Sarajevo addressed to present with words of wellcome.